A new path for 100% renewable energy in Spain 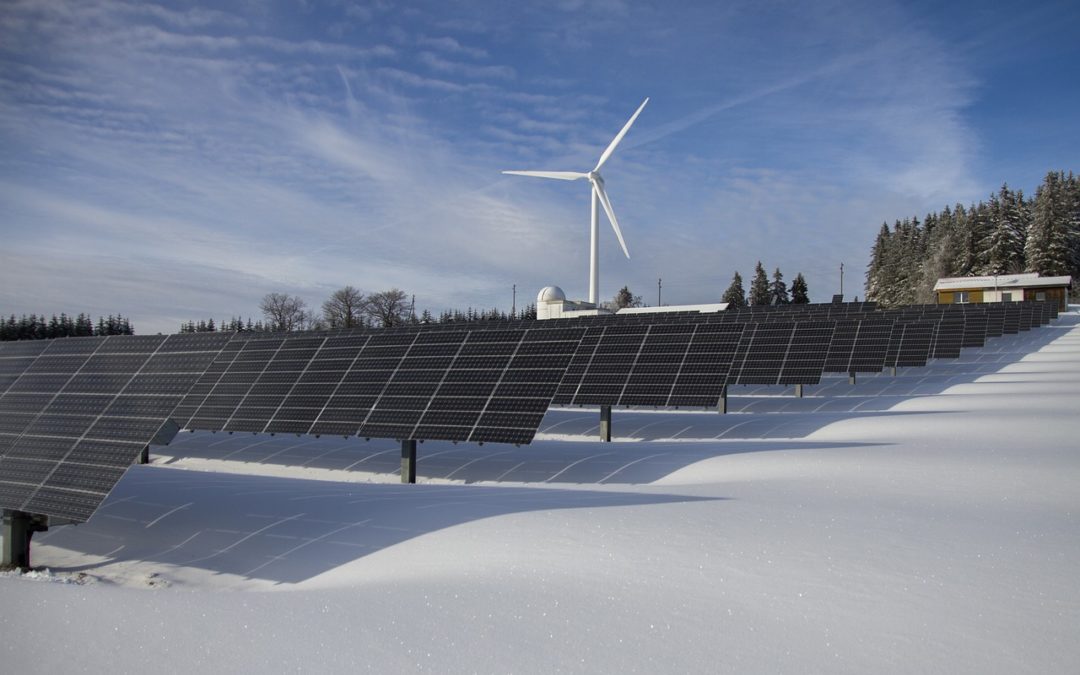 Spain could run on 100% renewables by 2050 or sooner, but it will take more than technological advances. Accounting for material scarcities, reducing demand and policy innovation will all be necessary to make the transition a reality. And now, amid the energy crisis sparked by Russia, even greater resilience and ingenuity are a must.

This article is written by Gonzalo Parrado Hernando and Nathalie Wergles, two researchers from the LOCOMOTION project, which is attempting to create a next-generation integrated assessment model (IAM) called WILIAM.

According to its national strategy and the broader EU target, Spain aims to become carbon neutral by 2050. Russia’s war against Ukraine has shed new light on this ambition, elevating the fragility of EU member economies, which depend on fossil fuel, oil and material imports. But it also fostered a critical examination of the status quo.

Today, Spain is looking for a way to safeguard its climate ambition while building a more secure, resilient and sustainable economy. According to a new study published within the LOCOMOTION project, 100% renewables are very much within reach for Spain.

The renewables-based economy is a must

Calls for 100% renewable energy have been public since the 1970s, including the famous Limits to Growth (1972)report and the first oil crisis (1973). The recent assessments about ongoing climate disruption have made this possibility a necessity.

Over the years, several studies have shown the economic and technological feasibility of the transition. CAN Europe and EEB have recently elaborated a new feasible agenda for a nature-positive transition to renewables in Europe. Political will, paired with advances in programming, electronics and technologies like energy storage and green hydrogen have started to bring those ambitions to life.

At least twelve studies have evaluated scenarios for a renewables-based energy system in Spain. The new LOCOMOTION research takes 2050 as the target year for Spain to achieve 100% renewables.

While EEB has presented a feasible path towards 100% renewables in Europe 10 years earlier than the given scenario, the study has been foremost focused on alignment with the national climate targets. It is a valuable contribution based on its methodological advances and detailed analysis.

Let’s see how this could happen, assuming, for a moment, a brief voyage into the future.

The decisive decade: a ground for change

Enter 2030. The scaling of new technologies has massively decarbonised the Spanish economy. Biofuels substituted gas, diesel, and fuel oil where direct electrification was not possible. Rail transport is now 100% electric.

Heat pumps and district heating replaced gas boilers across households and services, delivering a synergy between industry and residential buildings. And better energy storage, renewables mix and smarts grids made nuclear a thing of the past.

Green hydrogen production has been scaled up by deploying electrolysis capacity in order to supply hard-to-decarbonise industrial and transport applications. And extra 2540 MW of electric grid batteries (20 GWh of storage), coupled with a more efficient and interconnected Spanish electricity grid, helped tackle the supply-demand gaps.

These changes set the stage for an unprecedented economy-wide transition over the next two decades.

By mid-century, following Spain’s official roadmap, we have seen a change in the status quo across the economy.

Solar is a norm, leading the substitution other fuels in boilers. Power-system has grown in reliability through the expansion of grid storage, electrolysers and dam hydropower.

Fossil fuels use in aviation has decreased by 93% and the sectors runs mainly on electro-fuels based on green hydrogen. Direct electrification – complemented by a targeted use of hydrogen and secondary biomass – and a 50% reduction in energy demand have made a 100% renewable energy system a reality.

Let’s get back to 2022 and look at real-life issues impacting this scenario.

The transition will require a lot of materials to create solar cells, wind turbines, batteries and electrolysers. Prospective demand for many of them exceeds Europe’s reserves, and even responsible mining comes with risks and negative consequences.

Another source of concern is biomass. When will price changes start accounting for the environmental costs of biomass production? Will Spanish pellets heat Spanish households or go for export to cover the trade deficit? And can we sustain a flourishing sector without entrenching regional disparities in the EU?

Finally comes the question of how much energy we get for the energy used to produce it. Recent studies have highlighted the reduction of energy return on energy invested in renewables-based society due to the high cost of developing new infrastructure.

Spain has supported renewables adoption since the 1980s, with an interruption between 2007 and 2015, followed by a new remuneration framework launched in 2015.

Despite this legacy, the Spanish economy remains dependent on gas, while the energy sector is responsible for over three-fourths of the country’s emissions.

While the Spanish government has supported further use of fossil fuels during the past few years, it has recently initiated a withdrawal from the Energy Charter Treaty (ECT), a major step to leave fossil fuels behind. Still, only one-fifth of the final energy consumption in Spain today comes from renewables.

Over the next decades, parallel deployment of renewables and other new technologies, coupling of power and heat, and energy savings could help Spain create a 100% renewables-based and efficient energy system. Yet it won’t happen overnight.

Decarbonising Spain’s economy will depend on multiple factors, including growing investment in renewables, integration with the European power network and competitive energy markets. Spain will need to achieve massive efficiency gains, tailor policies to emerging developments and reduce energy intensity in almost every sector.

Foremost, along with other European countries, it will need to drastically reduce energy consumption and demand for materials, which shall be a decisive step for building a Paris-aligned economy where people and nature can thrive together.

This will mean stepping beyond the ever more fragile comfort zone of green growth.

Visit the LOCOMOTION website or listen to the META podcast to learn how next-generation integrated assessment models help develop better policies for a world where people and nature can thrive together.