The WILIAM (“Within limits”) Integrated Assessment Model (IAM), developed in the scope of LOCOMOTION, is a model running at three geographical levels – global, European and national for the 27 EU member states and United Kingdom (UK).

WILIAM model is built on the existing MEDEAS model that was developed in the context of the EU-funded MEDEAS project. For the study of the highly complex interactions between humans and their environment, the project draws on different techniques and methods, such as System Dynamics (SD) modelling with Vensim software, Input-Output Analysis (IOA), Energy Return On Investment (EROI) calculations, Life Cycle Analysis (LCA), land and carbon footprinting, microsimulation, and many others.

Available from: A first version of the IAM will be available on Github in 2023.

Format: The final IAM will be available in Vensim and Python.

WILIAM model is structured in seven modules and sub-modules. This structure allows for flexibly testing, improving and expanding each module without impairing the robustness of the models as a whole: 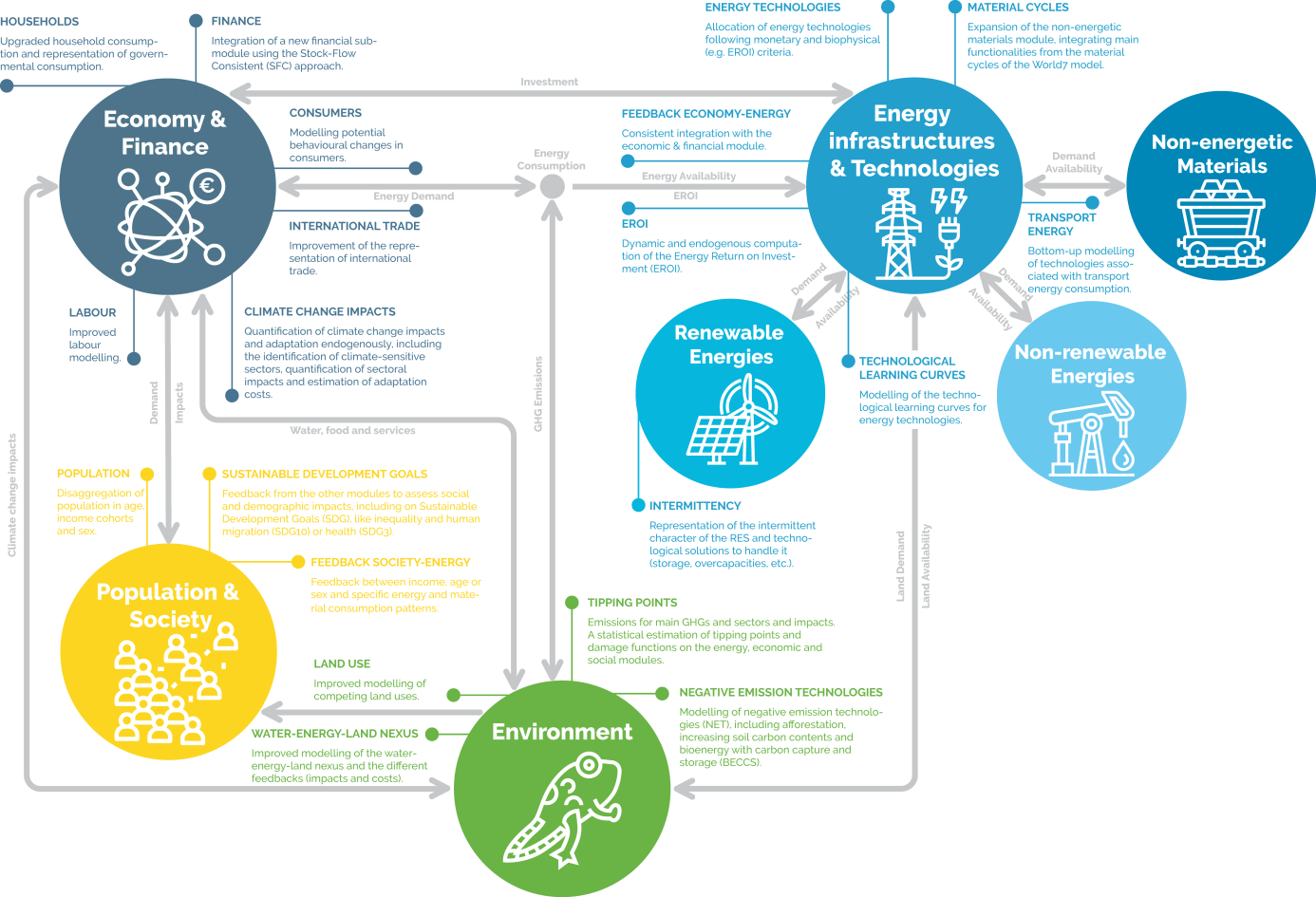 Countless Integrated Assessment Models (IAMs) have been developed in the decades since the pioneering World3 model was created in the early 1970s (Meadows et al. 1972). Even though great advances have been made in the field since then, many IAMs, and especially those with greater influence over policy, share a core set of assumptions whose validity is being disputed in the scientific community, leaving scope for improvement.

WILIAM IAM strive to occupy this niche and focus on:

The main methodological innovations are