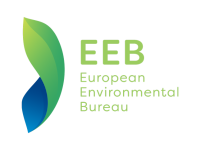 The European Environmental Bureau (EEB) is the largest network of environmental citizens’ organisations in Europe. It currently consists of some 150 member organisations in more than 30 countries, representing more than 30 million individual members and supporters. The EEB tackles Europe’s most pressing environmental problems by agenda setting, monitoring, advising on and influencing the way the EU deals with these issues. These include issues such as climate change, biodiversity, circular economy, air, water, soil, chemical pollution, as well as policies on industry, energy, agriculture, product design and waste prevention. In addition, the EEB is also active in overarching issues, such as environmental and participatory democracy and good governance, sustainable development, economic transition and the rule of law in Europe and beyond.

The EEB has been working on environmental democracy in the EU since its inception in 1974. The EEB believes wholeheartedly that citizens have a major role to play in promoting environmental policies and influencing the behaviour of public authorities, businesses and consumers.