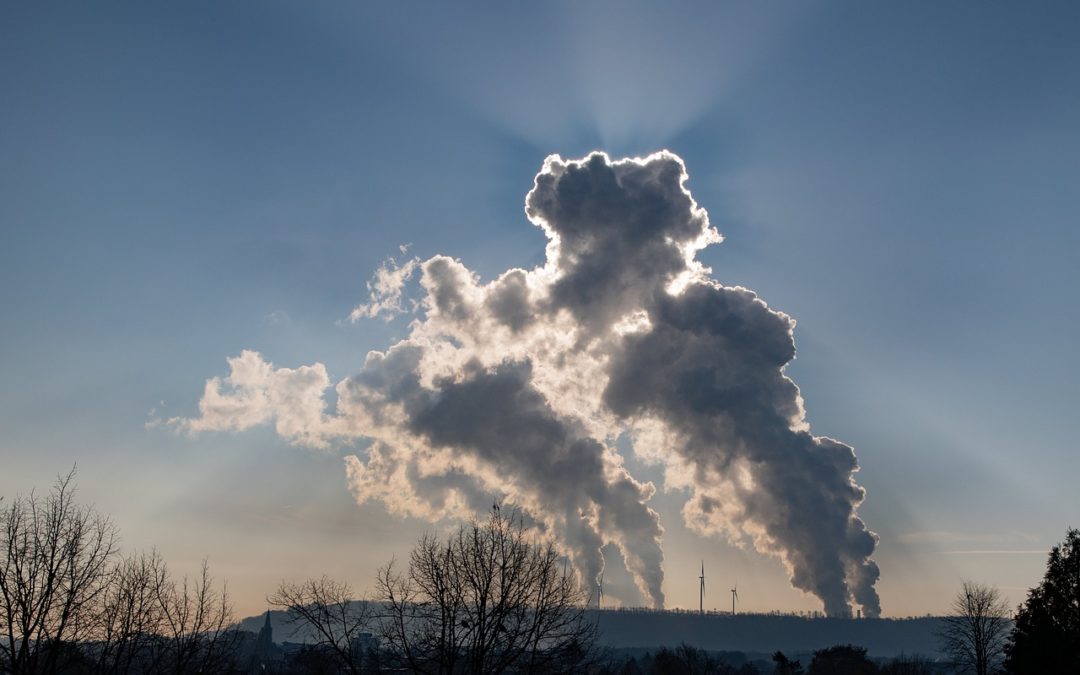 The EU’s excessive focus on carbon removal could harm efforts to combat global warming. Our primary focus must be on emissions reductions

Efforts to tackle climate change include a plethora of strategies to devise climate-neutral systems. These mostly focus on ways to reduce the amount of carbon emitted into the atmosphere. However, some policymakers and industry figures have turned their attention to carbon removal as a necessary means to reach climate neutrality.

Their rationale revolves around the assumption that, for various technological, economic or political reasons, not all greenhouse gas (GHG) emissions can be prevented and, so, in order to stave off disaster, we need to either remove these residual emissions before they enter the atmosphere or reabsorb them once they have.

The Intergovernmental Panel on Climate Change’s (IPCC) climate scenarios bank on carbon removal outcomes to secure the globally agreed 1.5°C climate target, and Article 4 of the Paris Agreement explicitly recognises “removals by sinks of greenhouse gases” as a means to balance out continued emissions.

Carbon removals are a thorny issue in EU climate policy. Under the draft European Climate Law, the EU is negotiating whether such strategies should play a role in the Union’s 2030 and 2050 climate targets. The idea of a ‘net target’, as proposed by the Commission and backed by the Council, presents removal as part and parcel of the overall strategy to attain neutrality. The European Parliament has expressed opposition to combining these different strategies into one overarching climate target.

Nature-based solutions are those that rely on enhancing the carbon uptake capacity of forests and soils. Reforestation and afforestation are the most commonly known practices. Other strategies include regenerative agricultural practices or land and crop management techniques that retain or increase carbon uptake by soil, the restoration of coastal wetlands such as mangroves, and ocean-based practices to restore seagrass or grow kelp. Such strategies essentially seek to enhance our planet’s natural capacity to capture carbon. They theoretically solve multiple challenges simultaneously, due to the benefits in terms of biodiversity and recreating productive ecosystems.

Technology-based or “engineered” solutions are often portrayed as distinct from their nature-based counterparts. The most common technology is that of carbon capture and storage. The technique relies on capturing CO2 from ambient air (using chemical processes to absorb CO2 in the air), or from streams of pollution directly as it is emitted (using biomass for energy generation in combination with carbon capture and storage) and storing it underground.

Enhanced weathering is another geoengineering approach that scales up the natural process through which minerals consume CO2 when they dissolve. It involves pulverizing and distributing large amounts of these minerals onto land or sea to increase their reactive surfaces. Another strategy, still in its infancy, is that of ocean fertilisation. By stimulating plankton growth, it aims to increase the nutrient content and, resultingly, the carbon sink capacity of our oceans.

Despite their theoretical potential, CO2 removal strategies hold many uncertainties.  For instance, natural sinks are neither stable nor permanent. Forests are not protected against natural and human disturbances and the carbon captured by sinks may be vulnerable to future leakage. The case of the 2019 Australian wildfires is a testament to the vulnerability of forests’ carbon sink functions, and the augmented effects of climate change will only exacerbate this fragility.

Furthermore, as Kelsey Perlman, Forest and Climate Campaigner at Fern, a Brussels-based organisation dedicated to protecting forests and the rights of people depending on them, notes: there is not enough available land across the EU to engage in large-scale tree planting without seriously compromising biodiversity and food security. Promoting nature-based removal solutions is also hindered by the reality that the EU’s sinks have come under pressure from increased economic exploitation and the adverse effects of climate change.

“The idea that forests could solve the environmental impact of fossil fuel giants and industrial agriculture is pure myth – and also a dangerous one,” Perlman maintains. “We need to save forests because their health is declining, not to mop up the mess of the polluters that don’t want to change their behaviour.”

Tech wizardry or sleight of hand?

Technology-based solutions are still in the early stages of development and are often expensive to upscale or unproven at larger scales. With huge knowledge gaps and enormous uncertainty about how these new technologies would work technically, economically and politically, the idea that a tech fix for climate change is close at hand is illusory.

“We are quite sceptical of these technologies. They have had very limited or no results at all,” says Margarita Mediavilla, an associate professor at the University of Valladolid working on the LOCOMOTION project, which models viable pathways to a sustainable, climate-neutral future.

The main reason for this lack of results from carbon capture and storage (CCS) is the exorbitant costs associated with the technology which makes scaling up the experimental process (commercially) unfeasible. “Despite extensive research and development in the last decades, no large fossil-fuel power plants are currently using CCS at commercial level,” observes a paper produced by Mediavilla and her colleagues.

For example, in a conventional coal-fired power station, the EROI is a high 14.7. However, in an equivalent plant using carbon capture and storage, the EROI plummets to just 4.6, according to the MEDEAS model, which is the predecessor to LOCOMOTION. This means that the power station would need to burn 40% more coal to produce the same amount of electricity.

Placing our climate’s future in the hands of unproven strategies and temporary fixes is nothing less than a risky gamble. If we are to abide by the precautionary principle in climate action, then our reliance on CO2 removal methods should be limited to “proven” practices. Better knowledge makes for better decisions.

A parallel concern is that the excessive focus on removal solutions may be a futile distraction from existing, feasible and more essential reduction strategies. There is real concern that the promise of removing emissions risks locking in and legitimising the continued use of fossil fuels, especially in light of industry efforts to sustain business-as-usual practices.

New climate policies should neither obstruct nor weaken existing ones, or the result for climate action would be disastrous.

“Deferral of GHG emissions reductions from all sectors implies trade-offs including irreversible loss in land ecosystem functions and services required for food, health, habitable settlements and production, leading to increasingly significant economic impacts on many countries in many regions of the world,” concluded the IPCC special report on climate change and land.

This does not mean that there is no role or space for carbon removal strategies. But these need to be pursued as secondary and complementary to, not substitutes for, emissions reductions, which should lose none of its urgency. Moreover, the limitations and uncertainties associated with carbon removal must be fully factored into and accounted for in our climate policies.

“In my opinion, only those techniques that combine some agricultural use and,  therefore, do not compete with food production or ecosystems are of interest,” says LOCOMOTION’s Mediavilla, citing, as an example, certain regenerative agricultural practices such as those that use plants and microbiota to add carbon to soil.

The absolute priority remains for all sectors of the economy to radically and rapidly reduce their emissions to as close as zero as possible.

As such, the combination of both strategies into a single net target provides room for carbon removal to obstruct or derail tangible climate progress. That is why the EEB and other environmental groups criticise net targets as little short of an accounting trick.

The EU’s target of slashing emissions by a net 55% would only represent a 50.5% cut in real emissions from polluting sectors, a far cry away from the 65% emissions reductions demanded by science.

The EU needs to initiate an earnest discussion on net emissions to ensure that its climate policy is a sustainable one that preserves the primacy of reduction measures and only considers viable removal as a last resort.

“This article was first published on META: (https://meta.eeb.org/2021/02/18/carbon-removal-complementing-or-clouding-climate-action/) Republished here with the permission of the EEB.”