How Europe can grow without growing 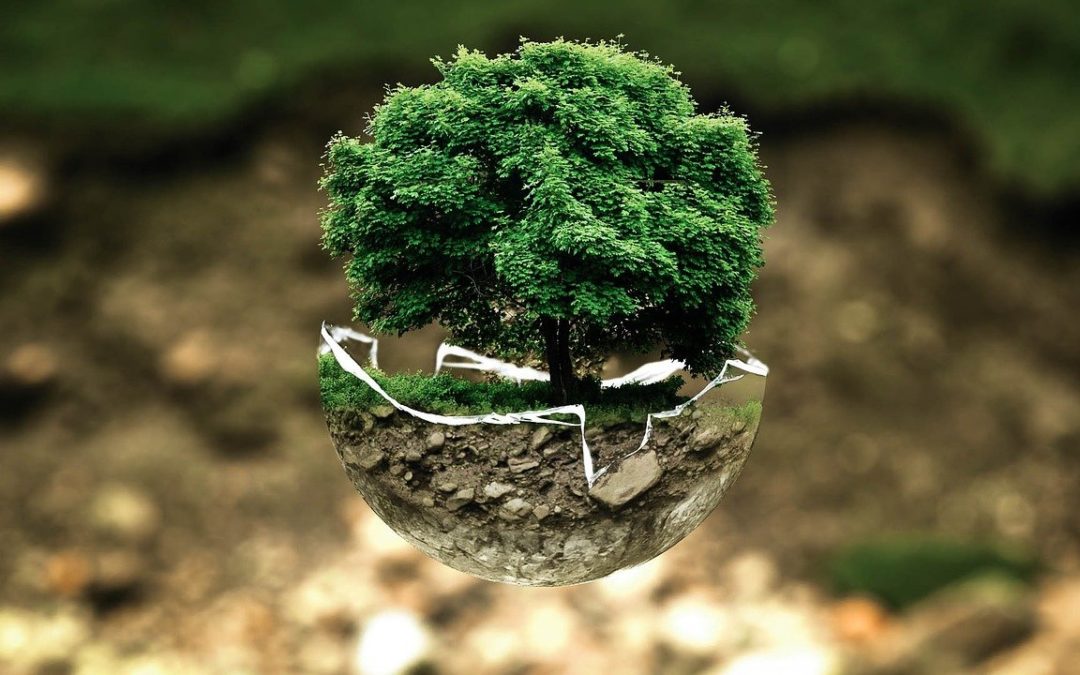 In a landmark document recognising the destructive power of constant economic growth, the European Environment Agency (EEA) echoes the demands of campaigners and scientists: the urgent need to favour well-being over wealth.

The EEA briefing argued that our quest for uninterrupted economic growth “has detrimental effects on the natural environment and human health” because of “the Great Acceleration in human consumption”.

Not only does the EEA report reject traditional economic growth, but it also casts serious doubt on its progressive cousin, green growth, which seeks to grow the economy while reducing the harmful environmental impact of economic activity.

“High-level policies… propose decoupling of economic growth and resource use as a solution,” the EEA describes, then dismisses these efforts because recent studies “find no evidence of absolute decoupling between growth and environmental degradation having taken place on a global scale”.

One of the studies cited was produced by the EEB. ‘Decoupling debunked – Evidence and arguments against green growth as a sole strategy for sustainability’ concludes that that green growth cannot reduce resource use on anywhere near the scale required to deal with global environmental breakdown and to keep global warming below the target of 1.5°C above pre-industrial levels, the threshold established as part of the Paris Agreement.

That said, decoupling economic activity from resource use is useful and necessary, as it reduces environmental impact, but its effects are negated by growing consumption elsewhere, in the context of economic growth.

No future for green growth

Although techno-optimists are convinced we can innovate our way out of this conundrum, the future of green growth looks no brighter than its past.

“Sooner or later our economies will have to stop growing, since we do not live on a limitless world and there is no such a thing as human activities with zero energy use and zero ecosystem impacts,” explains Margarita Mediavilla, an associate professor at the University of Valladolid who is working on the LOCOMOTION project, which is modelling viable pathways to a sustainable, low-carbon future. “Like when fever strikes, global warming is a symptom of a deeper malaise. Climate change is telling us loud and clear that our growth-based economy is unsustainable.”

And this must occur sooner rather than later, a growing body of evidence suggests.

For instance, to keep global warming within the limits set out in the Paris Agreement, the world will, among other things, need to derive 70-85% of its electricity from renewable sources by 2050 to keep temperature rises below 1.5⁰C, the Intergovernmental Panel on Climate Change (IPCC) estimates, according to its mid-range scenarios, while its high-end forecasts project the figure to be as high as 97%.

If the world were to switch over to the lower range estimate of renewable electricity which the IPCC calculates is necessary, the so-called Energy Return on Investment (EROI), a ratio of the amount of energy we gain compared with the amount of energy required to generate it, will plummet.

For a complex modern society to thrive, the EROI needs to be at least 12:1. Extracting 75% of our electricity from renewable sources in a growing economy would lead the EROI to drop to around 9:1 and 6:1 by 2060. The return would be even lower (4:1 by 2050) if we were to generate all our electricity demand from renewable sources, a simulation by LOCOMOTION’s predecessor model showed.

The huge infrastructure required to generate and store these mammoth levels of electricity, such as solar panels, wind turbines and batteries would likely lead to environmental destruction and pollution due to the overmining of minerals and shortages of numerous key metals.

“A lower EROI means that society is less efficient at using energy resources. This means that more people and investments need to be diverted to maintain the system instead of sustaining and improving people’s lives,” says Iñigo Capellán-Pérez, a colleague of Mediavilla at the University of Valladolid and on the LOCOMOTION project.

Beyond the technical and ecological problems associated with green growth, this kind of economic expansion is likely to widen our already wide economic inequalities, a simulation carried out by LOCOMOTION partners at the University of Pisa found.

“Even if it is successful at reducing emissions, [green growth] involves an increase in unemployment and inequality compared with our baseline,” explains André Cieplinski of the University of Pisa. “Moreover, the environmental performance of Green Growth is due to its failure to boost GDP growth. If it were to increase economic growth, this would lead to higher emissions.”

If green growth will not reduce our ecological footprint sufficiently and has the potential to perpetuate socioeconomic damage, what are the alternatives?

“The EU has achieved unprecedented levels of prosperity and well-being in recent decades, and its social, health and environmental standards rank among the highest in the world,” the EEA report noted. “Maintaining this position does not have to depend on economic growth.”

The EEA document explores a number of alternative sustainable economic approaches, such as ecological economics and doughnut economics, which is a framework for sustainable development that does not overshoot the Earth’s natural limits.

“Now, with a pandemic pushing even the IMF to declare neoliberalism dead, it is a very good time to take these alternative economic models more seriously,” says Nick Meynen, a senior policy officer at the EEB who focuses on economic transition and environmental justice. “The new economic paradigm needs to ensure that people and planet can thrive together.”

“Social, political and technological innovation is called for to translate alternative ideas about growth into new ways of living. Inspiration is also to be found in very old traditions,” echoes the EEA. “European heritage is much richer than material consumption. The fundamental values of the EU are human dignity, freedom, democracy, equality and the rule of law, and they cannot be reduced to or substituted by an increase in GDP.”

In a Europe that stops growing its economy to grow up socially and culturally requires more equitable distribution of the burden of change and the fruits of development. This can be achieved, for example, by rethinking and reinventing our conception of – and relationship to – work, as outlined in a recent EEB report.

“While the planet is finite in its biophysical sense, infinite growth in human existential values, such as beauty, love, and kindness, as well as in ethics, may be possible,” the authors of the EEA report conclude.

“This article was first published on META: (https://meta.eeb.org/2021/01/21/how-europe-can-grow-without-growing/) Republished here with the permission of the EEB.”