The unsustainability of the electric car 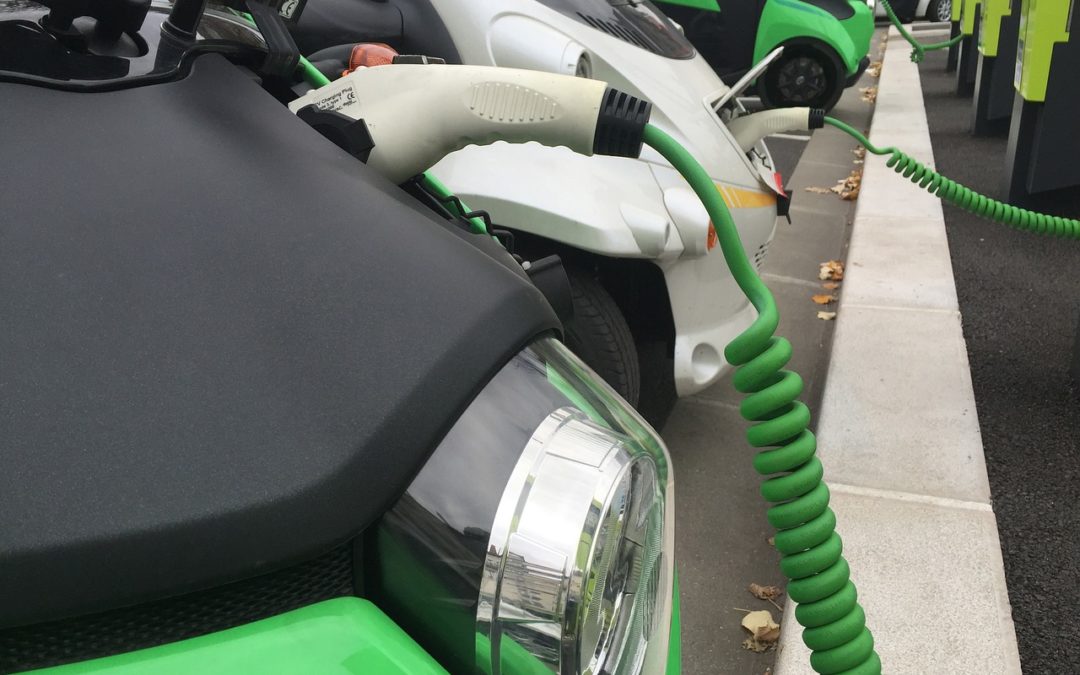 By Margarita Mediavilla and Khaled Diab

This includes a European Commission proposal to reduce greenhouse gas emissions by at least 55 percent by 2030, with the European Parliament’s Environment Committee demanding a more ambitious 60 percent cut.

The EGD also calls for the EU to become carbon-neutral by 2050. For their part, environmentalists and scientists call for even more ambitious cuts, of at least 65 percent by 2030, if we are to meet the objective of the Paris Agreement to keep global warming below 2⁰C.

But what does reducing greenhouse gas emissions by this magnitude actually mean? How do we change an economy like the European one that depends on fossil fuels for more than 70 percent of its energy?

What is a decarbonised society and how do its trade, transportation and cities function? Are the policies that we find in political discourse – electric cars, public transport, energy efficiency, renewable energy systems, etc –  sufficient to achieve these objectives?

In order to answer these questions, we used the simulations of our MEDEAS-World integrated assessment model.

MEDEAS-World is an energy-economy-environment model based on biophysical economics, which goes beyond the simplistic capital-labour duality of classical economics by giving energy a central place in the economy.

This allows us to estimate the future consequences of the decarbonisation policies we choose.

Although the results of MEDEAS-World are global in scope, they help us to visualise the magnitude of the problem and its key points for the European Union.

Moreover, the models we are currently developing as part of the follow-up LOCOMOTION project are geographically more sensitive and allow more detailed analysis at the national and EU levels, as well as for other regions of the world.

In a study we recently published in a peer-reviewed journal, we focused on one of the most critical sectors of the energy transition: transport, whose greenhouse gas emissions need to fall by 90 percent by 2050, according to the European Green Deal.

The results show that the scenario with a high concentration of electric vehicles (‘EV-high’), which bets on wide-scale electrification but does not change our current mobility patterns only manages to reduce by 15 percent the greenhouse gas emissions from transport by 2050.

This is far from the goal we set for this study – an 80 percent reduction compared to current emissions – but is significantly better than what we would achieve if we continue with present trends, since, in that case, global emissions would increase by 20 percent.

A second, more ambitious scenario is ‘E-bike’, which models a radical change in mobility where cars are largely removed in favour of electric motorcycles (60 percent), electric bicycles (20 percent) and non-motorised modes (eight percent), with only 12 percent of private vehicles being electric four-wheelers by 2050.

Despite these ambitious changes in mobility, the reduction in emissions by 2050 would only be 30 percent compared with current values.

This is partly due to the difficulties encountered by freight transport, aviation and shipping in finding electric alternatives, but above all, it is due to the rebound effect caused by the dynamics of economic growth.

In order to achieve an 80 percent reduction in emissions (which is 10 percent lower than that envisioned in the European Green Deal), we have to design a scenario where, in addition to the measures outlined in ‘E-bike’, we add a drastic reduction in demand for transport (especially air transport), combined with a stabilisation of world economic activity at a level 23 percent lower than present.

This ‘Degrowth’ scenario is the only one we found to be compatible with ambitious decarbonisation and realistic technological development paths.

This is because if economic activity continues to grow, energy demand will almost inevitably rise too, as the complete decoupling of economic activity from energy consumption has not occurred and is unlikely to occur in the future, as research has repeatedly shown.

This means that it will be impossible to achieve the emissions reduction targets necessary to limit global warming, unless we rely on the very unrealistic hypotheses of the tech-optimists that are far removed from current technical reality, or unless the economic framework changes completely.

The MEDEAS-World simulations also show that, if recycling rates do not grow enormously by 2050, the reserves of copper, lithium, nickel and manganese in existing mines will be exhausted and much of the depletion will be due to the batteries required by electric vehicles.

Digging new mines, which the EU is planning to do more of in Europe now, will have devastating repercussions on water, biodiversity and the human rights of local communities.

All this paints a very different scenario to the ones described in most political speeches.

In reality, investing in renewable energy and promoting electric vehicles is far from being enough to limit global warming and achieve sustainability.

On top of technological change, we need urgent socio-economic change. The cities of the future must be propelled mainly by bicycles and trams, while lorries and aeroplanes must make way for railways.

In addition, the way our economies operate must be revolutionised. New theories and economic models that accept the natural world as truly finite and respect its limits are required.

Unfortunately, these economic theories and models have yet to achieve currency, let alone be applied.

The MEDEAS-World model focused on exploring the technological alternatives in detail.

However, it did not investigate changes in economic structures and systems. We are now filling this knowledge gap through the LOCOMOTION models we are developing.

In most people’s minds, the idea of a shrinking economy evokes images of recession and, worse, even depression.

This is a worrying reality at this very moment, with the European and global economies facing the greatest crisis since the Great Depression of the 1930s on the back of the disruptive COVID-19 pandemic.

But this is not “degrowth”. Unmanaged economic contraction is bad for the individual, for society and even for the environment, as environmental laws and protections are too often regarded as a hindrance, rather than a help, in times of hardship.

Degrowth is managed economic contraction in which policies and systems are put in place that simultaneously maximise human wellbeing, achieve social justice and protect the natural world upon which all this depends.

With the new suite of LOCOMOTION models under development, we are investigating the pathways and the parameters of a sustainable biophysical economy that is good for both people and the planet.

LOCOMOTION’s models make allowance for the finite nature of mineral and fossil fuel reserves and, above all, the natural limitations of ecosystems.

LOCOMOTION addresses the reality that our economic activities profoundly damage ecosystems, but also the fact that the future shortage of energy and the damage done to the biosphere, have the potential to hurt the economy as well, in a kind of vicious cycle.

Integrating all the economic, technological and biological factors at play, and the complex interactions between them, is crucial to empowering policymakers and civil society to assess the relative merits of the various technological and policy options on offer.

And LOCOMOTION will provide stakeholders with user-friendly tools to assess the consequences of different alternatives and scenarios. Our first preliminary results will be out in the coming months, so watch this space.

Margarita Mediavilla has a PhD in physical sciences from the University of Valladolid (Spain) and is an associate professor of systems engineering and automation at the School of Industrial Engineering. Khaled Diab is a senior communications officer, with a particular focus on the sustainable development goals, economic transition and environmental justice. Ignacio de Blas, Iñigo Capellán-Pérez, Carmen Duce and Daniel Pulido also contributed to this article.

“This article was first published in The Ecologist (https://theecologist.org/2020/oct/05/unsustainability-electric-car) on 5 October 2020” under a Creative Commons 4.0 licence.